Extreme inflation, rising interest rates and asset slumps currently pose challenges for the entire insurance industry alongside burdens from the war in Ukraine, warns Munich Re.

As the Rendez-Vous de Septembre in Monte Carlo gets underway, reinsurers, their brokers (https://afahpublishing.com/moodys-expects-reinsurance-prices-as-reinsurers-impose-better-discipline-2) and the ratings agencies (https://afahpublishing.com/moodys-expects-reinsurance-prices-as-reinsurers-impose-better-discipline) from across the globe are warning of a changing environment for reinsurance – something African reinsurers and insurers may not be able to avoid.

For the first time since 2018, lower reinsurance capital is projected for the current year – an important indicator for available reinsurance capacity, suggested Munich Re. “But unlike then, the decline anticipated this time is substantial: By more than 8% to US$435bn, according to data released by AM Best and Guy Carpenter,” it said.

Munich Re pointed to some reinsurance segments where capacity shortages are emerging in the short term, for example for natural catastrophe covers in Florida.

“A number of reinsurers have reduced capacity in certain areas or have withdrawn entirely. And even the market for alternative risk transfer has not grown. The volume of capital invested remained roughly unchanged at around US$100bn,” it said.

“Yet at the same time, demand is on the rise; the bottom line being that the global property-casualty reinsurance market will grow at least as strongly as the primary insurance market until 2024. Munich Re’s Economic Research Department estimates that the reinsurance sector will grow by 2%-3% worldwide from 2022 to 2024, when adjusted for inflation.”

Meanwhile, broker Aon has released its Ultimate Guide to the Reinsurance Renewal, revealing that a “unique confluence of market uncertainties” will characterise the renewals, as macroeconomic and geopolitical pressures have coincided with an increased frequency of extreme weather events.

“Investors and reinsurers are consequently reassessing their view of risk and appetite for natural catastrophe exposures, as macroeconomic conditions drive insurers to seek additional risk transfer capacity, resulting in a supply/demand mismatch that will continue through the January 2023 renewal,” it suggested.

While the majority of reinsurers have opted to maintain existing capacity levels, some have reduced or withdrawn their participation in the property catastrophe market. Like Munich Re it says capacity is shrinking with its data highlighting that global reinsurer capital declined by 11%, or $75bn, to $600bn in the first half of 2022, principally driven by substantial unrealised losses on investment portfolios. Additionally, the strengthening of the dollar against the euro has particularly impacted European reinsurers’ capacity provision.

The report highlights that catastrophe bond issuance could reach record volumes in 2022, as alternative capital levels remain robust – having decreased by just 1% to $95bn during 1H 2022. Attracting new sources of capital to the market, combined with data-led portfolio differentiation, will be essential to meeting insurers’ reinsurance requirements going forward.

Joe Monaghan, global growth leader at Aon’s Reinsurance Solutions, said: “Reinsurers will prioritise cedants that provide detailed exposure data and demonstrate underwriting actions that mitigate areas of uncertainty, especially around the impact of inflation on total insured values. Reinsurers must also be mindful that cedants are equally affected by the trends that have negatively impacted property catastrophe results. All parties will need to be pragmatic, flexible and open-minded to different solutions and trading relationships.”

Aon highlights that within the challenging reinsurance marketplace, there remains opportunities for diversification and growth: the casualty reinsurance market is proving robust, and along with specialty lines, should remain attractive to reinsurers seeking to diversify from natural catastrophe risk. Meanwhile, the fast-growing intellectual property (IP) market could represent an attractive proposition.

Mr Monaghan added: “The reinsurance industry has absorbed volatility and proved resilient to many historical shocks and challenges. Despite the current headwinds, reinsurance remains a highly accretive source of capital for the insurance industry and one that is rightfully in high demand.”

Broker Howden has also released a new report, A Tipping Point, which reveals the drivers behind the significant shifts taking place in the reinsurance market ahead of year-end renewals. The research demonstrates how the three Cs of climate, conflict and capital are coalescing to create a tipping point for the reinsurance market, with 2022 mid-year renewals seeing rate increases accelerate to their highest levels since 2006.

Having initially stood firm in the face of headwinds that began in 2017, including painful weather losses, a global pandemic and accompanying financial market volatility, persistent catastrophe loss frequency and major macroeconomic and geopolitical realignments this year have exacerbated pressures and, crucially, altered assumptions around yields, capital and loss costs. Risks are escalating as the world lurches from one crisis to another, bringing about a fundamental shift in supply and demand.

Bradley Maltese, CEO of Howden RE, comments: “After years of excess capacity, loss uncertainty and the changing world order have combined to create some of the most challenging market conditions in two decades.

“Pricing and risk appetites are responding accordingly. No two cycles are the same, however, and new capacity could very soon be enticed into the market, given current rating levels and the higher potential returns on offer.

“Capital providers’ price expectations have continued to shift in line with structural changes to the loss environment, meaning that 2023’s reinsurance renewal cycle is likely to see further pricing pressures. Loss experience from here will be crucial: whilst pressure will increase if the wind blows this year, it will be more muted off the back of a loss-free second half. Choosing your intermediary carefully is essential in helping cedants secure the best and most cost effective coverage available in the current environment.”

The property-catastrophe market is currently in the eye of a price, risk and inflation storm, and reduced capital inflows, along with rising ‘secondary’ peril losses, the three-year average of which has nearly doubled since 2013, have strengthened reinsurers’ resolve to meet rising costs of capital.

All of these factors are starting to tell, with signs of distress at mid-year renewals. Property-catastrophe pricing for Florida business rose by an average of 25% at 1 June (Figure 1). A cumulative increase of 90% in the last five years has seen Howden’s 1 June ROL index rise to its highest level since 2007.

Meanwhile, Munich Re is warning weather-related natural catastrophes such as heatwaves, droughts, wildfires or floods in many parts of the world have recently made it apparent that climate change is humankind’s greatest challenge in the long term.

“The impact of climate change is evident and has been proven many times over. Insurers also have to gear their risk management to this reality. Given the losses incurred, it is necessary to develop a deeper understanding of these events now to be able to take better precautions. In addition, a combination of greater prevention and a higher level of coverage through insurance is important, with risk-commensurate prices being the prerequisite,” said Thomas Blunck, whose responsibilities on Munich Re’s board of management include the Europe/Latin America division.

Munich Re predicts substantial business potential will arise from the insurance demand generated as businesses transition towards climate neutrality. According to the International Energy Agency (IEA), global investment in renewable energies for the generation of electrical power alone would need to triple from 2022 onwards to around US$1,300bn annually by 2030 for the objective of net-zero carbon neutrality to be met before 2050.

While Ukraine war claims are likely manageable overall for the (re)insurance sector, the concentration of losses among premium-light lines of business will lead to disproportionate pain, warns Howden. Current industry loss expectations range from $10bn at the low end to upwards of $20bn; reported claims (of $2.5bn to date) have a long way to travel before they get close to these figures (Figure 2).

“With unexpected war losses coming fast on the heels of unexpected pandemic losses from Covid-19, reinsurers’ exposure to loss aggregation in such a volatile risk landscape has contributed to the transitioning reinsurance cycle in 2022. Both events have revealed how perils once regarded as ‘distinct’, eg business interruption, supply chain failures and price shocks, can in fact be connected and strike simultaneously,” it said.

Howden is also warning that capital impacts have been significant, as asset markets adjust to the end of the ‘great moderation’. 2022 already represents a local low for dedicated reinsurance capital. An 11% impairment during the first six months of the year, together with significantly higher premiums, sent the sector’s solvency margin ratio (capital divided by premiums) back to levels last recorded in the depths of the global financial crisis.

Even assuming a recovery in financial markets in the second half, which is far from assured, capital losses are unlikely to recover fully this year. Any year-on-year decline in reinsurance capital at the end of the December would represent the first full year reversal since 2008 and provide further impetus for market firming.

Elliot Richardson, chair, Howden RE adds: “Unlocking capital to find solutions for risks that may soon outgrow the sector’s capital base will be crucial to maintaining relevance and offering clients coverage that meets their rapidly changing needs. Clients demand better data, world-class analytics, scale and a unique blend of capital markets and risk transfer.”

AFRICA AHEAD IS A SIGNATORY OF

Africa is part of the conversation, find out more about the effort African leaders are committing towards COP27. 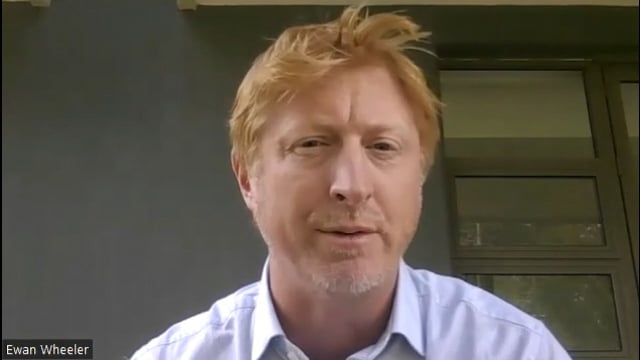