Looking over his hectares of rice in Saga, less than ten minutes from central Niamey, Garba Soumana’s face is radiant. A gust of wind from the Niger River drowns out his voice, but in no way diminishes his joy. “Thank you, Lord. God is great,” he exclaims. “This is such an achievement, like a thorn taken out of your foot,” he says, again and again, gazing over his vast green expanse.

Just like Mr Soumana, thousands of Nigerien producers have the comfort of knowing that they will have the seeds they need for the next planting season, in June and July, thanks to support from the African Development Bank (AfDB) to help Niger with its country-wide response to the Covid-19 pandemic.

In addition to budget support of more than $100m, the bank is also providing funding to low-income member countries of the Economic Community of West African States (ECOWAS), including more than $4m for Niger. The bank also provided $22m to help the G5 Sahel countries combat the pandemic.

In this Sahelian country, exceptionally vulnerable to cyclical droughts and climate change, access to seed enhances food security and helps to prevent the health crisis from turning into a food crisis. In Niger, food security is linked to social and political stability.

“The bank’s support has been particularly important for this country, which is already suffering under triple climate, humanitarian and security shocks,” said Nouridine Kane Dia, the bank’s country manager for Niger.

Not far from Saga, in Niamey, Amadou Tidjani has a contagious smile on his face too. This trader learned, just a day ago, that when it became due later this year, he would not have to pay his import-export licence.

“This is like a shot in the arm; the pandemic has put a stop to our business trips. Our shops are not getting the usual footfall. In this gloomy situation, getting a deferral on payment of the licence is a godsend,” said Mr Tidjani, as he bustled about his bags of rice, the staple food during Ramadan.

Several hundred Nigerien traders will benefit from the temporary suspension of taxes and duties. This government measure aims to save hundreds of businesses from bankruptcy.

The bank’s support for Niger also extends to the most vulnerable groups, including internally displaced persons and refugees. Diffa, in the southeast, and Tahoua and Tillabéri in the northwest, are three regions that form the epicentre of terrorist activities. Here, thousands of people have benefited from social protection measures, such as the distribution of food, hand-washing kits and drinking water facilities, as well as the construction of latrines.

“The support of the bank has provided Niger, whose financial capacities are being severely tested by the sharp increase in security and humanitarian expenses for the fight against terrorism and the reception of refugees, with the fiscal space and emergency support needed to cope with the additional consequences of the health crisis and preserve gains made in poverty reduction,” added Mr Kane Dia.

The AfDB’s Covid-19 response facility has had a considerable effect on the health response in Niger. It has increased the resources allocated to health and strengthened the country’s capacity for screening and caring for people infected with Covid-19, and for recruiting health workers.

Initially, screening was only available in Niamey, at the Medical and Health Research Centre (CERMES). Support from partners such as the AfDB helped to set up a number of facilities for the analysis of PCR tests, including at Zinder and Maradi, the most important cities after the capital.

In Talladjé, a working-class district of Niamey, wife and mother Halima Ousseini is preparing to go for a medical consultation. This time, she walks with a confident step, dressed in a flowing boubou. Her medical centre will, like other similar medical facilities, receive a variety of 140 medical products ordered under the emergency health response programme supported by the bank.

“For us, access to medicines was no easy matter in normal times. It got harder still under the pandemic. Our revenues have fallen but the prices of medications have stayed the same. So, having access to medicines is a huge relief for people like us of modest means,” said Ms Ousseini, who told us that she makes a living as an informal trader and with the help of her children.

The support of AfDB has also helped Niger to take excellent care of those infected with the virus. Approximately 1,637 new health workers have been recruited and health logistics have been strengthened, including through the donation of three ultramodern ambulances to the Nigerien Ministry of Health.

Of a population of 23 million, 70% of whom are under the age of 25, some 5,000 cases have been detected and 185 deaths have been recorded, making Niger one of the least-affected countries on the continent. This significant support is also building the capacity of the health sector to deal with further public health shocks.

In Niamey referral hospital, the national facility approved to treat Covid-19 cases, beds remain unoccupied for lack of patients. Covid-19 units have been closed and ventilators transferred to other services that need them. “The department is operating at a relaxed pace because we do not have any more Covid-19 patients… The situation is totally under control,” said Dr Amadou Foumakoye, head of the hospital’s Covid-19 unit.

The achievements of this crisis management will be further boosted by the vaccination campaign launched on 29 March 2021, with the support of development partners.

Niger is now preparing for life after the pandemic and conditions look favourable. GDP growth is estimated at 6.9% in 2021, according to the AfDB’s flagship report, the African Economic Outlook.

“The bank now plans to support Niger in its implementation of its post-Covid-19 recovery plan for inclusive, resilient and sustainable development,” concluded Mr Kane Dia.

Board directors fear cyber attacks most

Sustainability at core of next business revolution 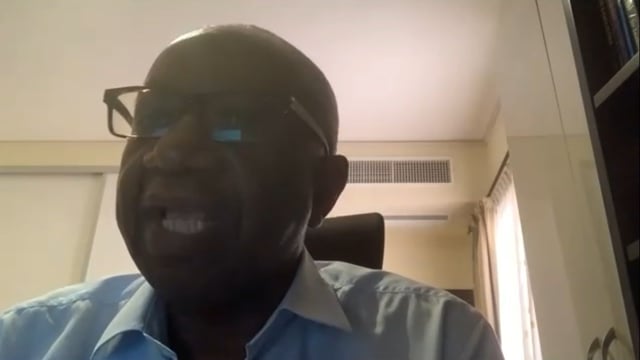 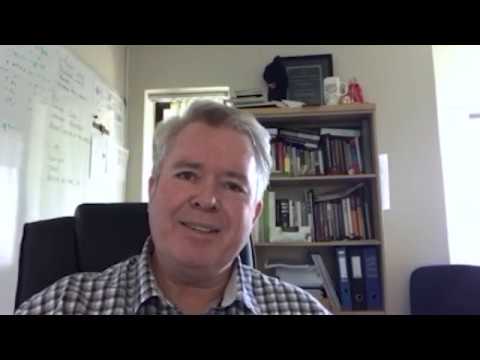 In this video, Christopher Palm, chief risk adviser at the Institute of Risk Management South Africa (IRMSA), takes you through the BCM process fo [...]
Read More
© 2019 Africa Leading. All rights reserved. Designed by Pagelab
Loading Comments...
%d bloggers like this: